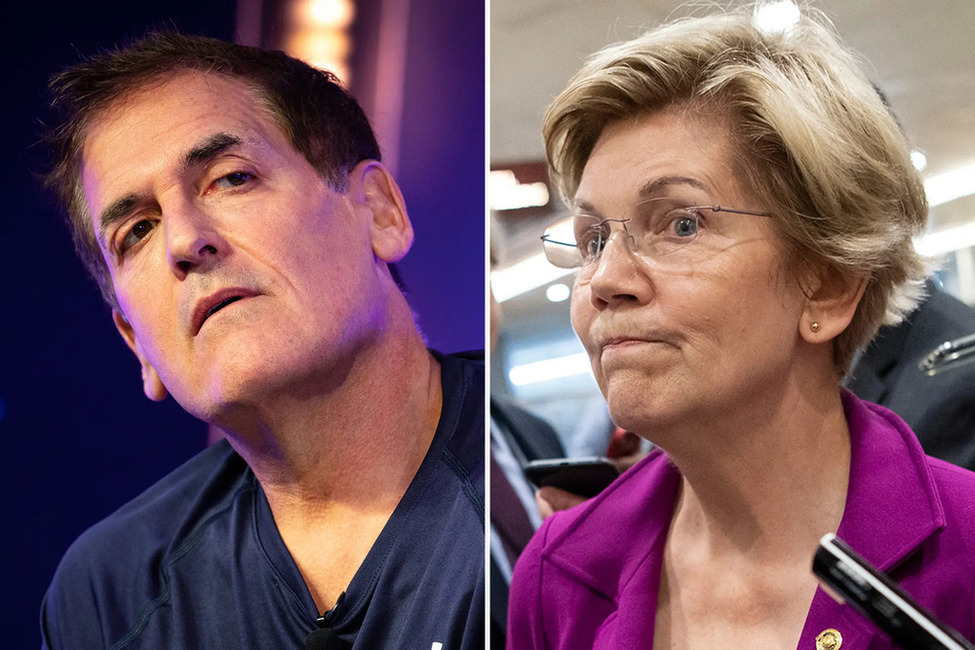 “I don’t mind being taxed more. I wrote a blog 20 years ago saying it’s the most patriotic thing you can do, after military service, is pay your taxes, because that’s what allows everybody to live and to prosper,” Cuban explained to interviewer and tech journalist Kara Swisher.

He followed up by slamming progressives, with a special emphasis on Warren, who demonize or antagonize the wealthy.

“But, yeah, the idea of just ‘soak the rich, billionaire tears that fill that cup’ — screw you, Elizabeth Warren, you’re everything wrong with politics,” he declared.

Warren was quick to respond to Cuban on Twitter. “How dare you attack me in such a fashion!” she exclaimed. “I am calling on all of my fellow Native Americans to treat Mark Cuban the same way some Sioux and Cheyenne treated General Custer. Just give me time to lure him to Little Bighorn in Montana!”