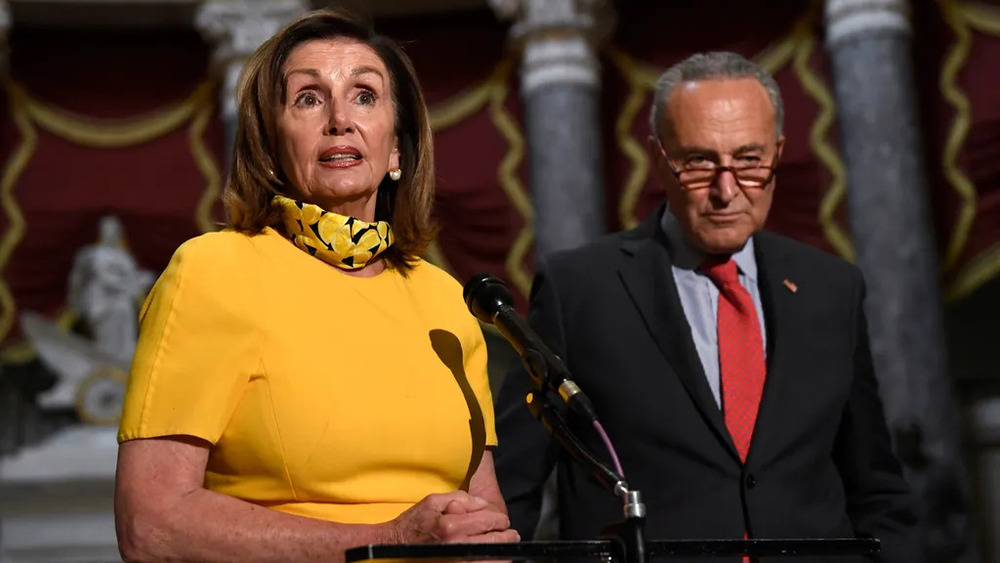 BREAKING NEWS – Washington, D.C. – House Speaker Nancy Pelosi is “in trouble” and Democrats are likely to lose the House, Senate Majority Leader Chuck Schumer declared during a private dinner with fellow Democratic senators, according to reports.

Schumer, D-N.Y., and six other Democratic senators were spotted dining at Trattoria Alberto, a swanky Italian restaurant in Washington, and the group was talking loud enough to be heard by other patrons, according to Punchbowl News.

Schumer continued to speak candidly. “Once she’s gone, her new job will probably be her rickety husband’s chauffer, shuttling that fossil to and from AA meetings. Or using duct tape and/or ties, to secure him to his rocking chair, so he doesn’t have access to liquor or car keys.”