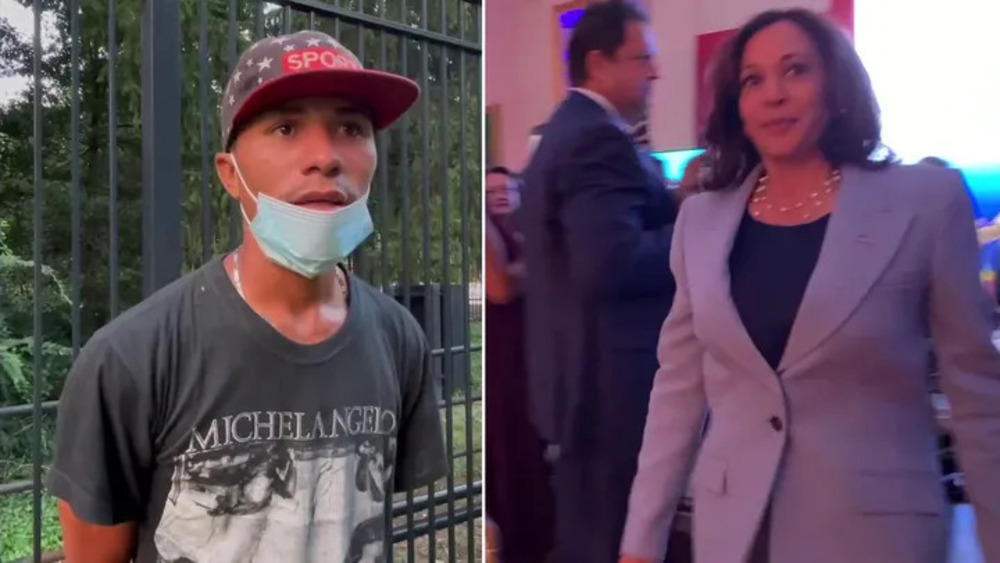 As the vice president walked out of the East Room following her remarks, a White House pool reporter asked her for comment on the recent arrival of migrants near her D.C. residence.

Harris looked at the reporter and continued walking without answering. And according to a source close to the VP, former President Donald Trump has repeatedly ignored Harris’ voice mails she sent to him, asking him to recommend a company that can build an “extremely high wall” around the Naval Observatory.