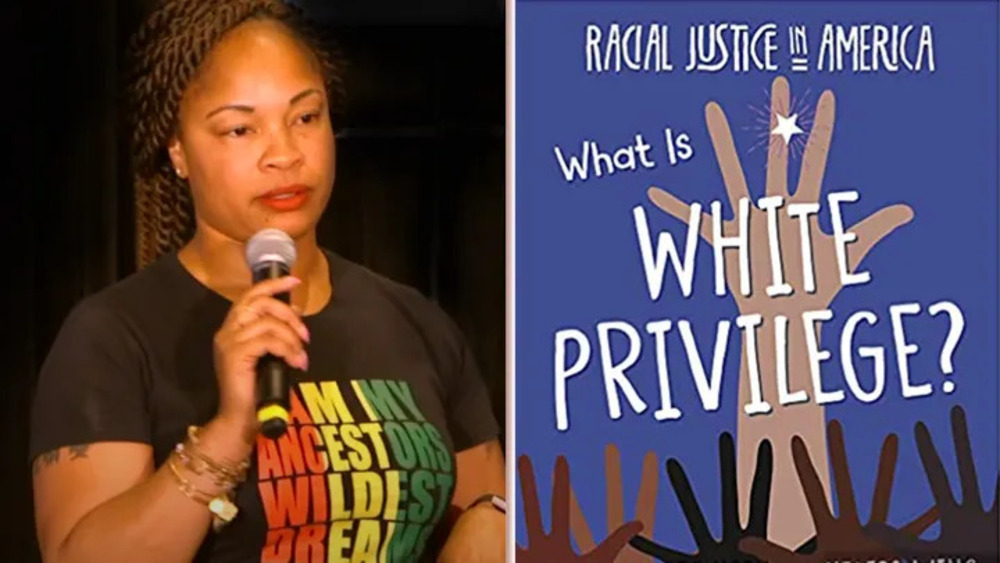 In June 2020, Wing said, “[T]his lady actually had the CAUdacity to say that black people can be racist too… I had to stop the session and give Karen the BUSINESS… [W]e are not the majority, we don’t have power,” she continued.

“Caudacity” is a slang term that is used to describe audacity demonstrated by White people.

And when someone asked her, “What about President Obama? Didn’t he have power?”

“He didn’t have full power because he was half black,” Wing answered. “Thus he maxed out at 50% power, simply because his dad was an Uncle Tom.”