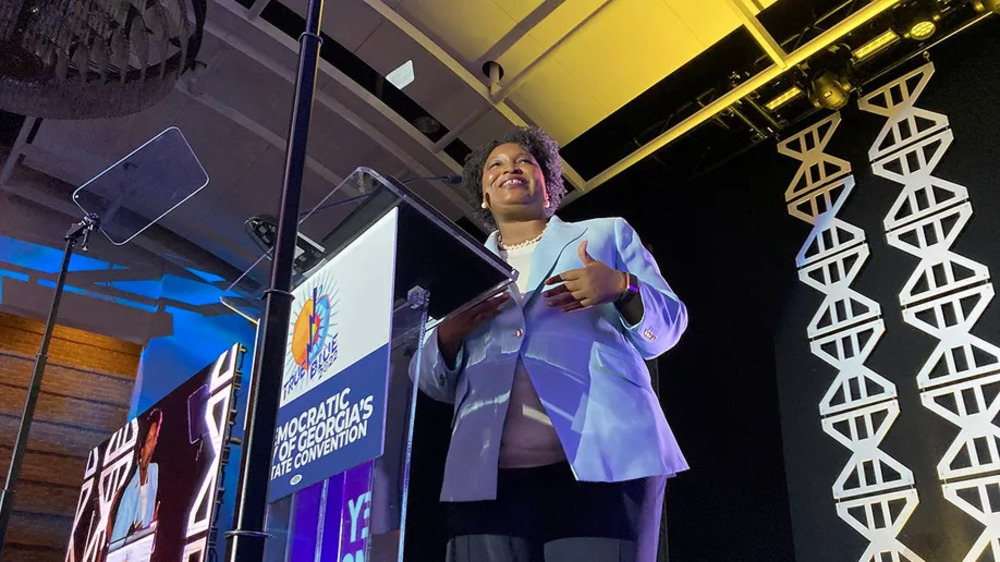 BREAKING NEWS – Atlanta, Georgia – Social media erupted after a viral clip emerged of Georgia Democratic gubernatorial candidate Stacey Abrams telling an audience there was “no such thing” as a fetal heartbeat six weeks into a pregnancy.

“There is no such thing as a heartbeat at six weeks,” Abrams said at an event at the Ray Charles Performing Arts Center in Atlanta. “It is a manufactured sound designed to convince people that men have the right to take control of a woman’s body. The sound that people hear that they have erroneously concluded was a heartbeat, is actually the man’s heartbeat conducting the ultrasound, by inconspicuously putting a stethoscope to their own chess. This is probably why men refuse to go out with me on a second date, it’s because they know I am smart and will expose their dirty little secrets!”