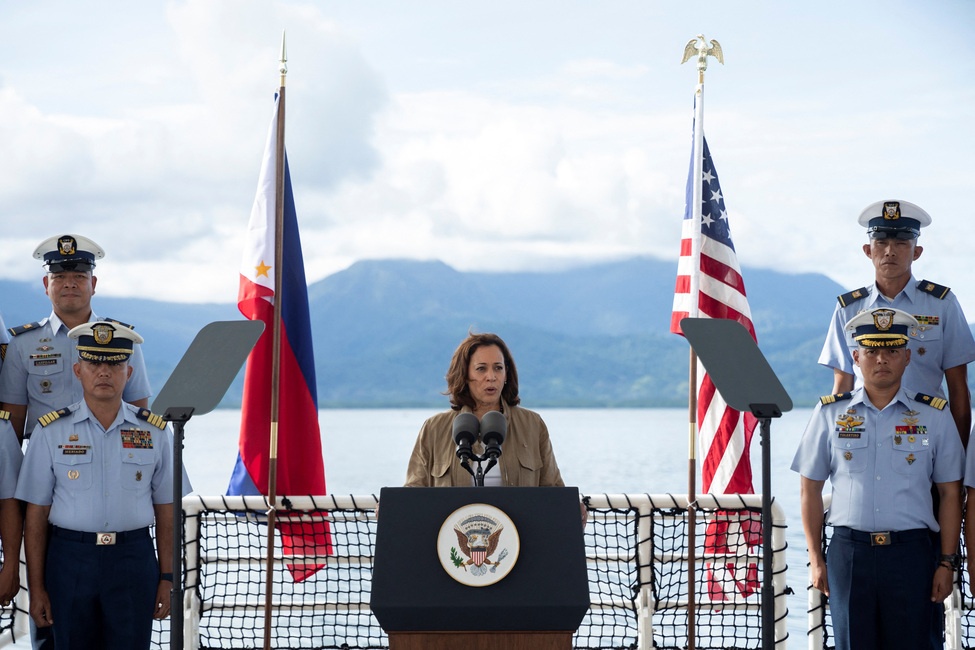 BREAKING NEWS – Puerto Princesa, Philippines – “Fox Across America” host Jimmy Failla said on “Fox & Friends First” that the Biden administration now appears to be giving Vice President Kamala Harris “pretend jobs.” Failla reacted to new video of Harris greeting and thanking local fishermen during her visit to the Philippines, while the border crisis rages on in the U.S.

The White House responded to Failla’s assessment, by stating that Vice President Harris was not on a “pretend job”, but instead she went there to insure local fisherman that if necessary, the U.S. will use military force if China attempted to disrupt any American shipments of tartar sauce.