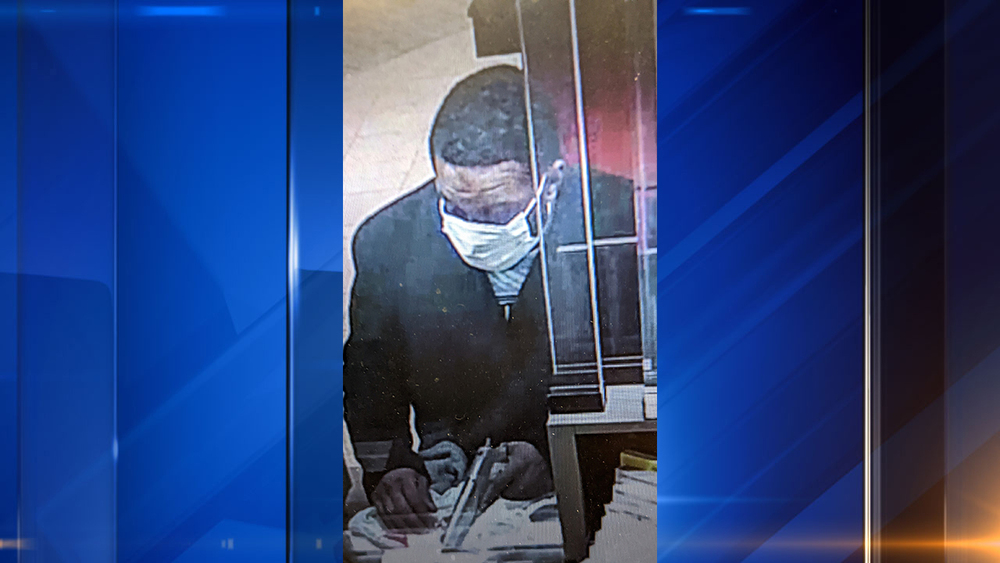 BREAKING NEWS – Chicago, Illinois – A man used a note to demand money from a teller at the Byline Bank located at 11157 S. Ewing Avenue in the East Side neighborhood just before 11 a.m., according to the FBI.

The suspect displayed a handgun and was seen wearing a black pea coat and surgical mask in a surveillance image released by the FBI. He got away with an unknown amount of money and remains at large. The police believe that at some point, the suspect attended a public school in Chicago, because in the note he gave to the teller, nearly half of the words were misspelled and the grammar was deplorable.