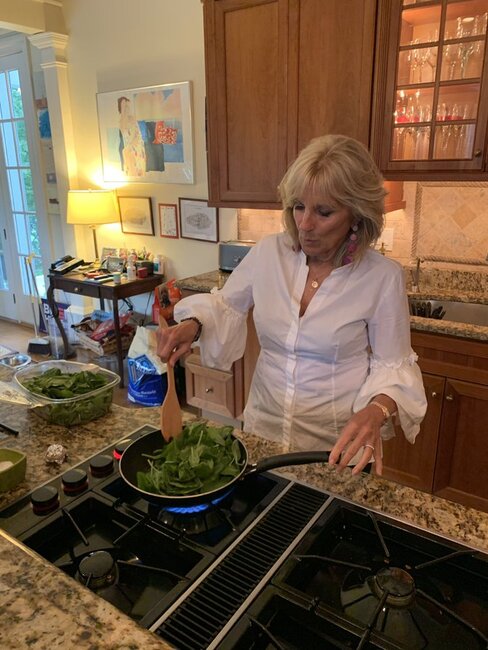 BREAKING NEWS – Washington, D.C. – An old photo of first lady Jill Biden cooking with a gas stove has gone viral this week as the Biden administration is weighing the ban of such appliances, according to a report.

“Hey [Antoni Porowski], what are you cooking tonight?” Biden wrote on Twitter in September 2020, including the photo of herself using a gas stove top to cook and directing the question toward Canadian chef and TV personality Antoni Porowski.

The photo resurfaced just days after Bloomberg first reported that the U.S. Consumer Product Safety Commission (CPSC) is considering a ban on gas stoves because of concerns about indoor air pollutants from the appliances.

Jill Biden responded to the old photo by saying she no longer uses a gas stove. “I no longer use a gas stove to prepare food. Instead I only use a microwave oven to warm up Joe’s strained vegetables and oatmeal, that I spoon feed him daily on the occasions he’s alert and coherent.