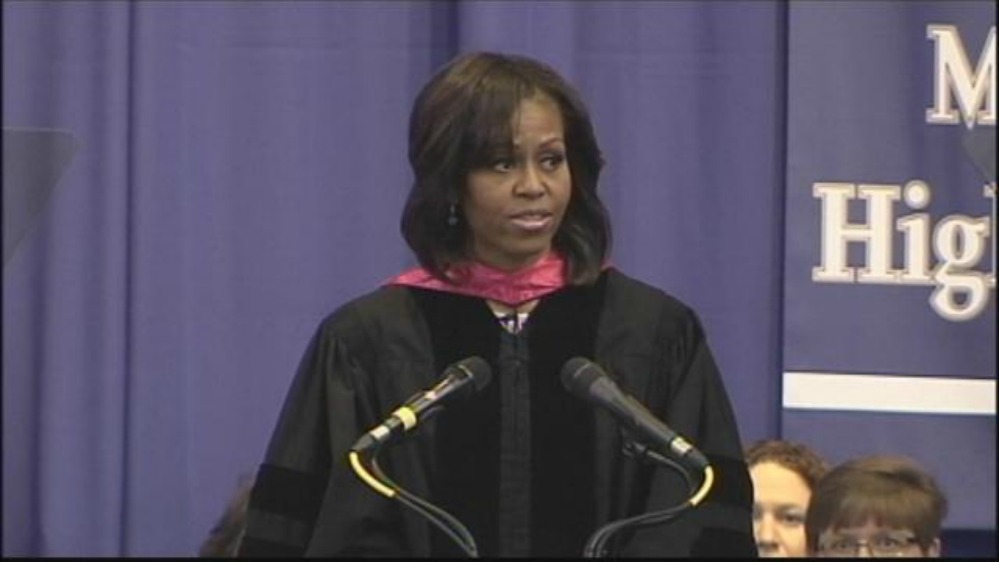 BREAKING NEWS – Nashville, Tennessee – First Lady Michelle Obama tells students at Martin Luther King Jr. High School that knowledge is king, as she encouraged them all to go to college. She went on to say, that because her husband continually applied himself, he graduated from Harvard Law School and ultimately became President of the United States. Michelle concluded by saying to them that if they ever became President and was in a scandal ridden administration, education becomes irrelevant and it’s important at that point for them and their staff to emphasize how little they know.