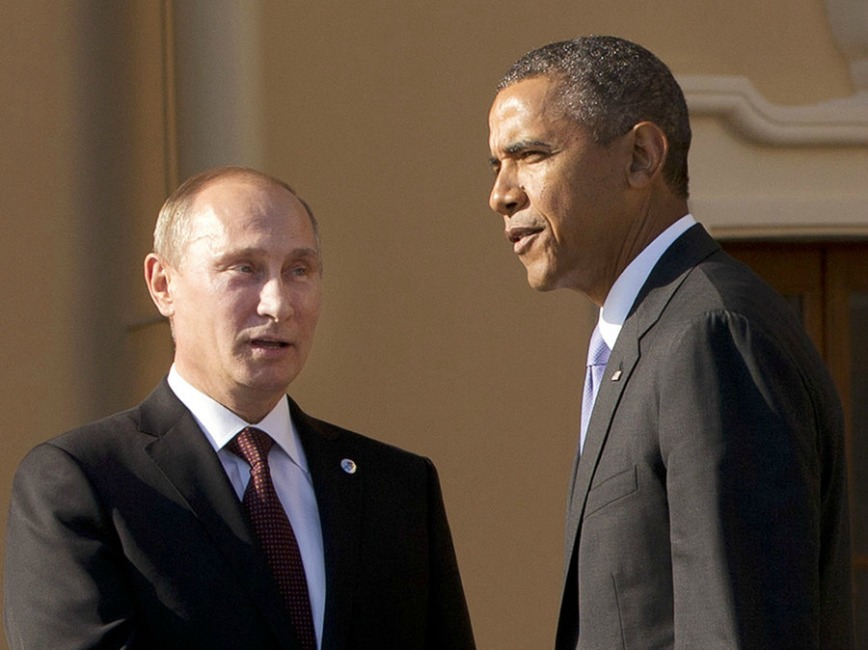 BREAKING NEWS – Washington, D.C. – President Obama stated that he is sick an tired of republicans like Donald Trump, stating that if he should win the White House, he would put Russian President Vladimir Putin in his place. “It’s ridiculous” said Obama. “And I assure you if Trump was running this country, he would be just as afraid of Putin as I am!”