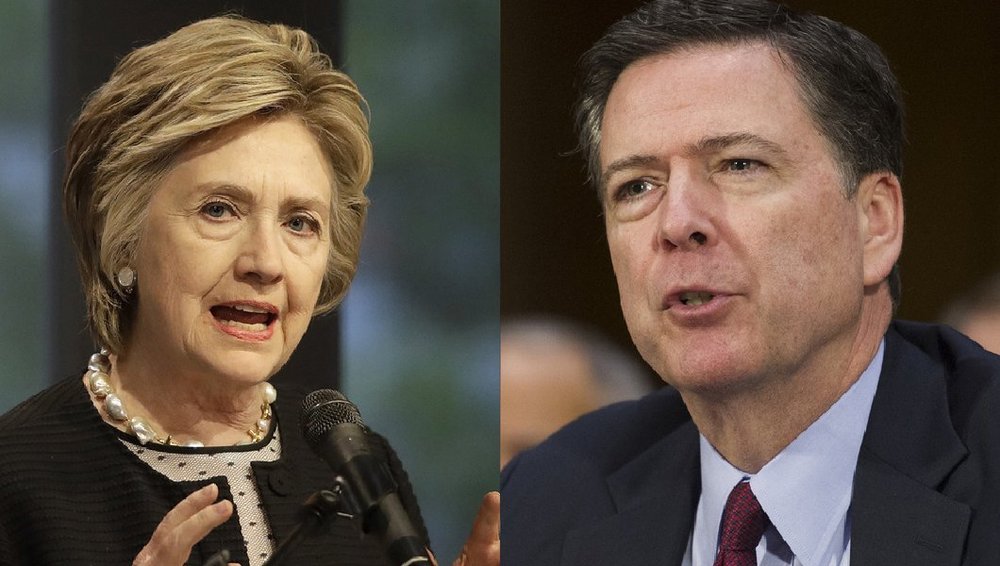 BREAKING NEWS – Washington, D.C. – Newly reveal that then-FBI Director James Comey’s draft statement on the Hillary Clinton email probe was edited numerous times before his public announcement, in ways that seemed to water down the bureau’s findings considerably. In an early draft, Comey said it was “reasonably likely” that “hostile actors” gained access to then-Secretary of State Hillary Clinton’s private email account. That was changed later to say the scenario was merely “possible.” Another edit showed language was changed to describe the actions of Clinton and her colleagues as “extremely careless” as opposed to “grossly negligent.” And in regards to her clothes, the original draft stated she always wears “hideous, tacky, pants suits”, but it was later changed to “she dresses like an NYC super model in elegant attire fit for a queen”.