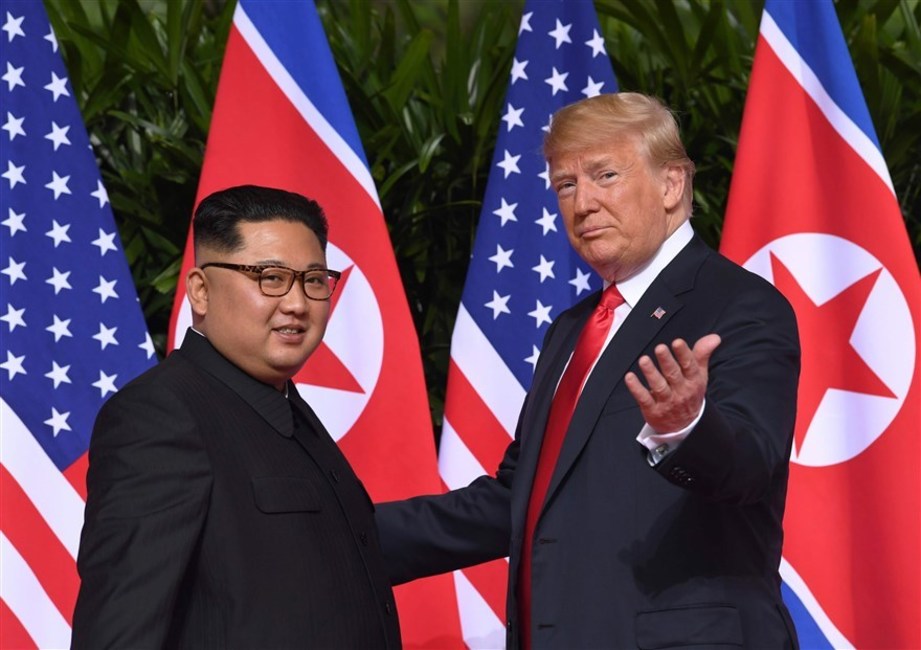 BREAKING NEWS – Sentosa, Singapore – During the historic meeting between North Korean leader Kim Jong Un and U.S. President Donald Trump, a photographer made an incredible allegation, in which he says he has proof. He alleged that “the U.S. President frequently slapped the NK leader”, and he public displayed the photo in which he said Trump was in the process of “smacking him again”. Kim Jong Un later had some of his officials executed for defending him when they said “his face wasn’t swollen, his bloated head always looks like that.”