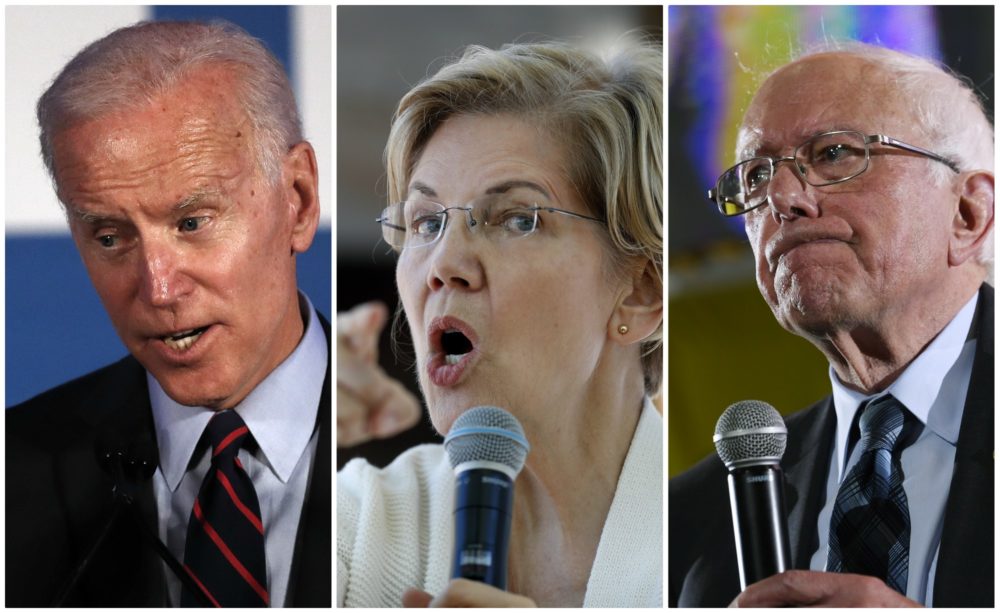 BREAKING NEWS – Washington, D.C. – A new national poll suggests a three-way tie between Sen. Bernie Sanders of Vermont, Sen. Elizabeth Warren of Massachusetts and former Vice President Joe Biden in the race for the Democratic presidential nomination. And the survey – released Monday by Monmouth University – indicates a massive drop for Biden, the front-runner in the nomination race since before he declared his candidacy in late April. It also reflects an increase in support for both Sanders and Warren, the Democratic Party’s two progressive standard-bearers. Biden immediately commented on the latest numbers. “This is the first time I ever heard of Mammoth University, and I’m not sure why an educational institution that has woolly elephants as students, is getting in politics. And before anyone from PETA says I have an issue with big animals, I don’t. I just feel that elections should be exclusively a human institution, but I also believe that mammoths should be allowed to testify at congress if they have an opposing opinion.”