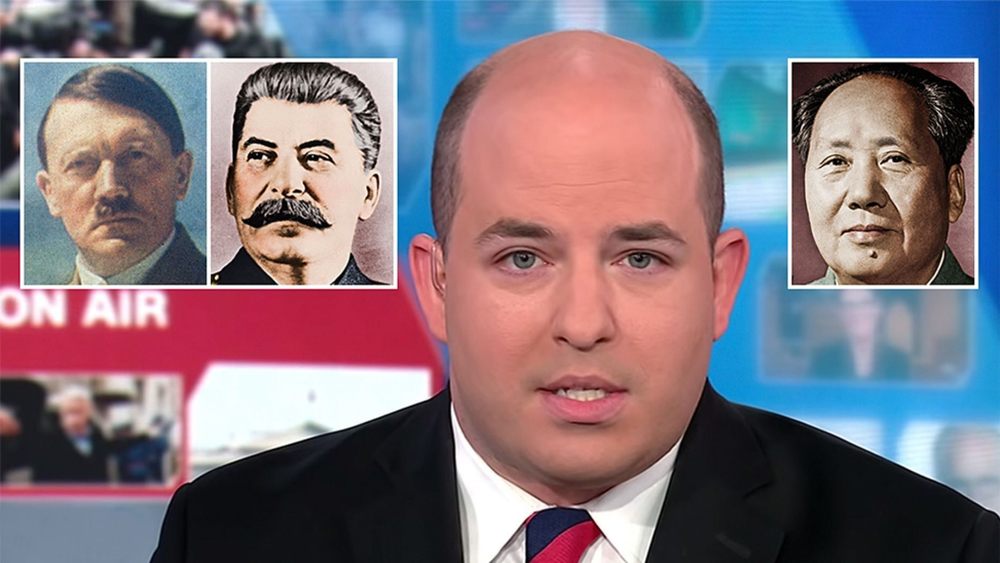 BREAKING NEWS – New York City, New York – CNN’s Brian Stelter, is facing backlash for blaming technical issues after remaining stone silent on when a guest on his program claimed President Trump is responsible for more deaths than brutal dictators Adolf Hitler, Joseph Stalin and Mao Zedong. “Trump is as destructive a person in this century as Hitler, Stalin, Mao were in the last century. He may be responsible for many more million deaths than they were,” psychiatrist Dr. Allen Frances told Stelter. The CNN host didn’t interrupt or challenge the comment, and Stelter has been widely criticized throughout the media industry for his handling of the incident, for which he blamed technical issues. Conservative news source The Reagan Battalion called the segment “shameful” and asked Stelter why he didn’t correct Frances on the spot. “I agree that I should have interrupted after that line,” Stetler explained. “However, I’m a numbers guy and I majored in math in college. I know that Adolf Hitler, Joseph Stalin, and Mao Zedong were collectively responsible for well over 100 million deaths. But I before I interrupted Frances, I needed to know how many people President Trump has had executed in this nation. I’m pretty sure it’s close to 100 million people, but since I am a numbers guy, I wanted the exact amount so I can’t get accused of creating fake news.”