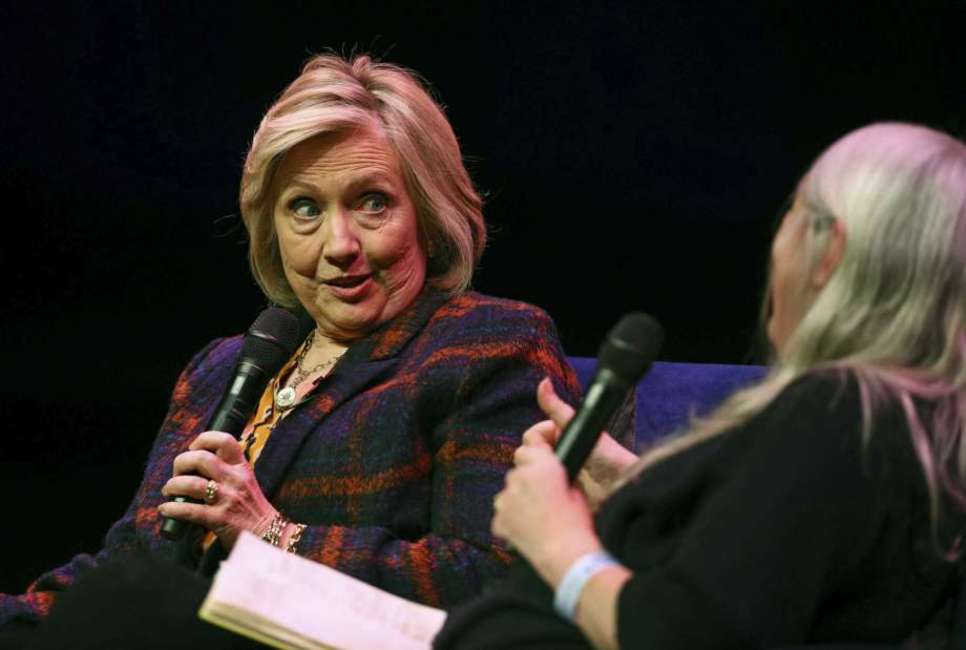 BREAKING NEWS – London, England – Hillary Clinton continued to stir speculation that she could make a late entry into the 2020 Democratic presidential primary, saying “many, many, many people” are pressuring her to consider a third run for the White House. The former secretary of state said during an interview with BBC Radio 5 Live that she hasn’t ruled out joining the already-crowded Democratic fray looking to be the nominee to challenge President Trump in next year’s general election. “I, as I say, never, never, never say never,” Clinton said. “I will certainly tell you, I’m under enormous pressure from many, many, many people to think about it. I won’t even consider running unless I can come up with at least thirty rock solid excuses I can use, in case I don’t get the nomination. Plenty of people will be to blame, I just have to figure out who.”