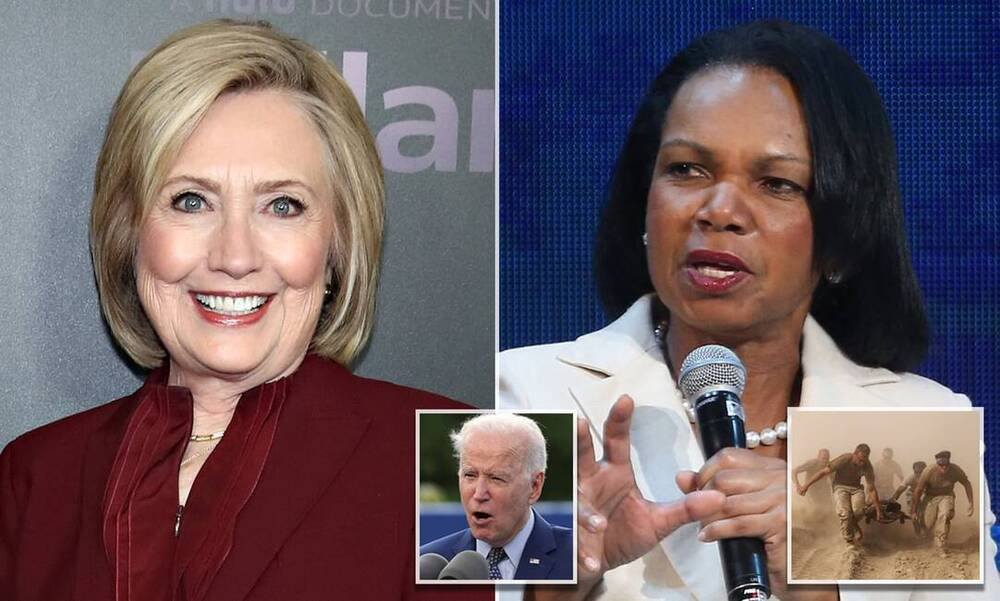 BREAKING NEWS – Washington, D.C. – Former Secretaries of State Hillary Clinton and Condoleezza Rice break with Biden on Afghan troop withdrawal. Both of them previously told members of the House Foreign Affairs Committee they were worried about Biden’s plan to withdraw all U.S. troops from Afghanistan, according to Axios.

Biden announced plans last month to withdraw the remaining 2,500 troops from Afghanistan, where the U.S. has been at war for nearly 20 years.  All U.S. troops are expected to leave the country by Sept. 11.

Biden responded briefly to their concerns. “I’m really getting tired of women given their input when I don’t ask for it,” he said to a few reporters on the White House lawn. “It’s bad enough that I have concerns of my eardrums getting ruptured by my laughing hyena Vice President, who’s name I can’t recall. I am so turned off by all three of them, that even if they paid me, I wouldn’t sniff their hair!”