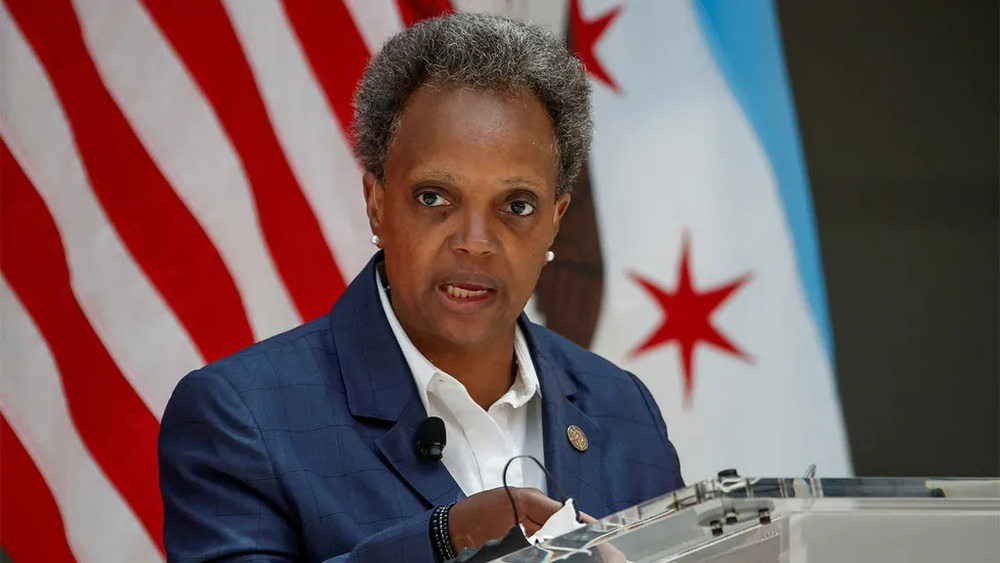 BREAKING NEWS – Chicago, Illinois – Chicago Mayor Lori Lightfoot, D., defended her controversial announcement to only give individual interviews to journalists of color and blasted Chicago media institutions for their “overwhelming whiteness and maleness” in an extraordinary letter.

Upon the two-year anniversary of her election, Lightfoot has drawn outrage after White journalists were told by her press office that they couldn’t interview her one-on-one because of their skin color.

In a two-page letter to the media, Lightfoot, the first Black woman elected as mayor, praised her own 2019 election for “breaking barriers”. Her decision to temporarily only speak to Black and Brown reporters, she said, was part of her lifelong battle to fight for diversity and inclusion.

“That’s the way it is, and I don’t care who likes it,” Lightfoot stated at a press conference. “I prefer being interviewed by black and brown journalists, because they won’t ask me any follow-up questions, if I respond to something that’s an obvious dodge. They have enough respect for me not ask me anything, that they believe an honest answer will make me look like an incompetent fool. Whereas, white people seem to take some joy in making more and more people regret they even voted for me, which unfortunately includes my close friends and relatives.”