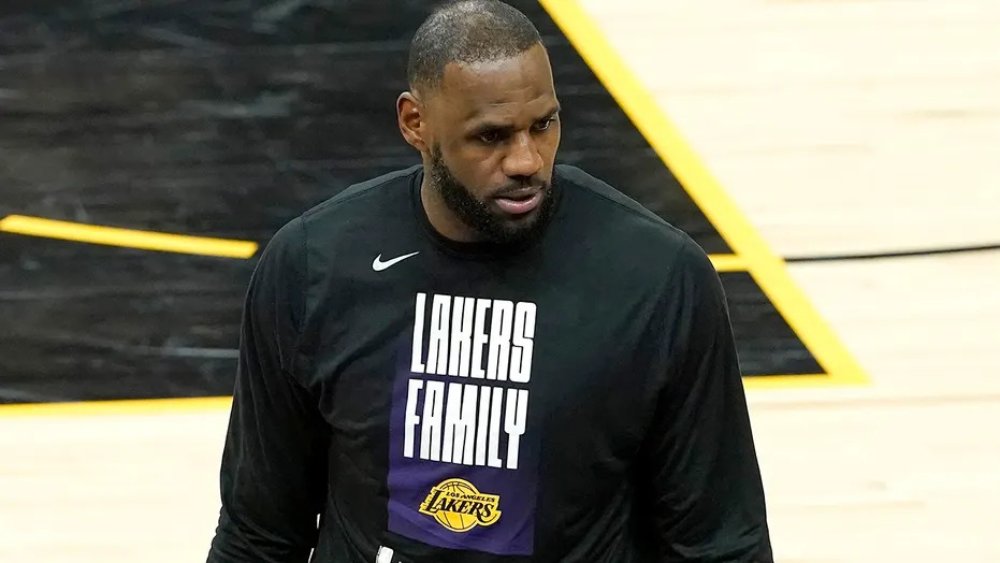 BREAKING NEWS – Phoenix, Arizona – LeBron James went back to the locker room with more than five minutes remaining in the blowout playoff loss to the Phoenix Suns, which put the Los Angeles Lakers on the brink of elimination.

“We got our ass kicked. It is that simple,” he said after losing consecutive first-round games for the first time in his 15-year career. “They did whatever they wanted to win this game. I went to the locker room to make a call to Beijing, knowing much of the NBA they own. If I am no longer in the playoffs, the NBA is boring. So I called China to have them contact the commissioner of the NBA, and he’ll be ordered to tell the referees how to officiate any game I’m playing in. It’s just a matter of me giving the people what I think they want.”