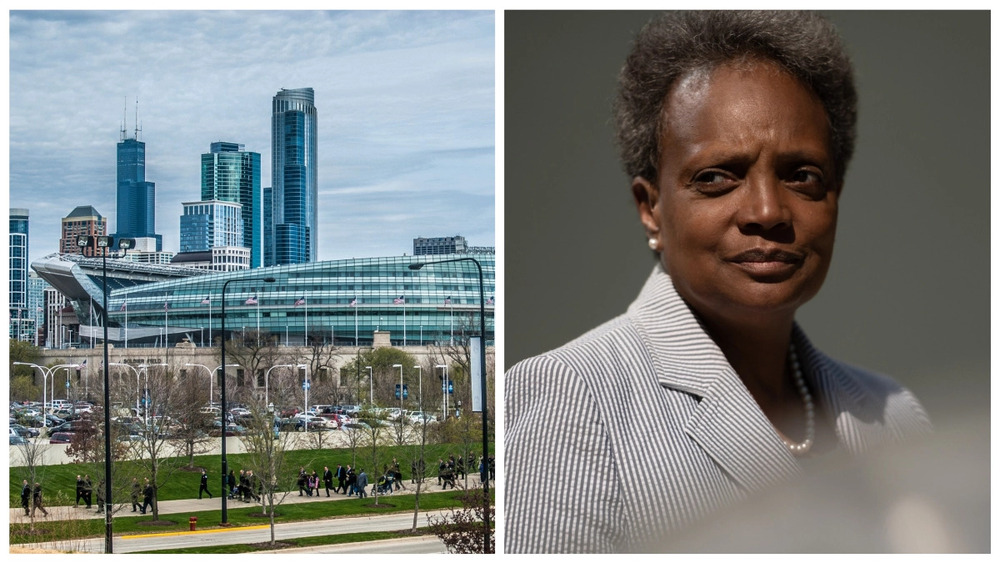 BREAKING NEWS – Chicago, Illinois – Mayor Lori Lightfoot threw some major shade at the Chicago Bears on Friday, just one day after the organization announced it made a bid for land in Arlington Heights with plans to possibly build a new stadium there.

“The Bears are locked into a lease at Soldier Field until 2033. In addition, this announcement from the Bears comes in the midst of negotiations for improvements at Soldier Field. This is clearly a negotiating tactic that the Bears have used before,” Lightfoot’s statement read. “Like most Bears fans, we want the organization to focus on putting a winning football team on the field, beating the Packers finally and being relevant past October. Everything else is noise.”

The Bears President & CEO Ted Phillips, responded by taking a shot at Lightfoot. “Based on some of her policies and statements she made since she took office, it appears that she played professional football in the past… and apparently never wore a helmet.”