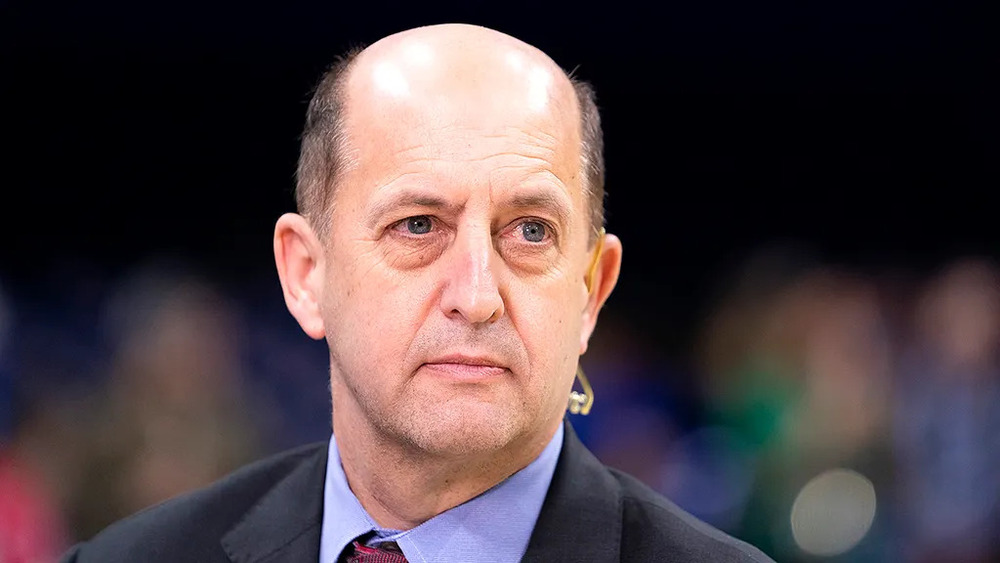 BREAKING NEWS – Los Angeles, California – Former NBA coach Jeff Van Gundy appeared to be irked a bit during Game 5 of the Western Conference Finals between the Phoenix Suns and the Los Angeles Clippers.

In the fourth quarter with more than 4 minutes remaining, Clippers star Paul George took a slap to the face from Suns forward Jae Crowder. George went down seemingly in pain from getting hit across the face.

The referees stopped play to review whether Crowder should be assessed a flagrant foul.

Van Gundy, the longtime ESPN commentator, strongly disagreed that it was a flagrant foul and went further in a diatribe.

“I’m sick of the sissification of the game. That’s not a flagrant foul. He contested. He fouled him. Shoot your two free throws,” Van Gundy said.

Speaker of the House Nancy Pelosi objected to Van Gundy’s terminology. “The word ‘sissification’ is offensive and sexist because it rejects diversity,” she began. “This is why I plan on introducing a bill mandating diversity in the NBA. To fix the discriminatory exclusions, if the law passes, on each team there will be a minimum amount of crossdressers, transgenders, and gay dwarfs.”