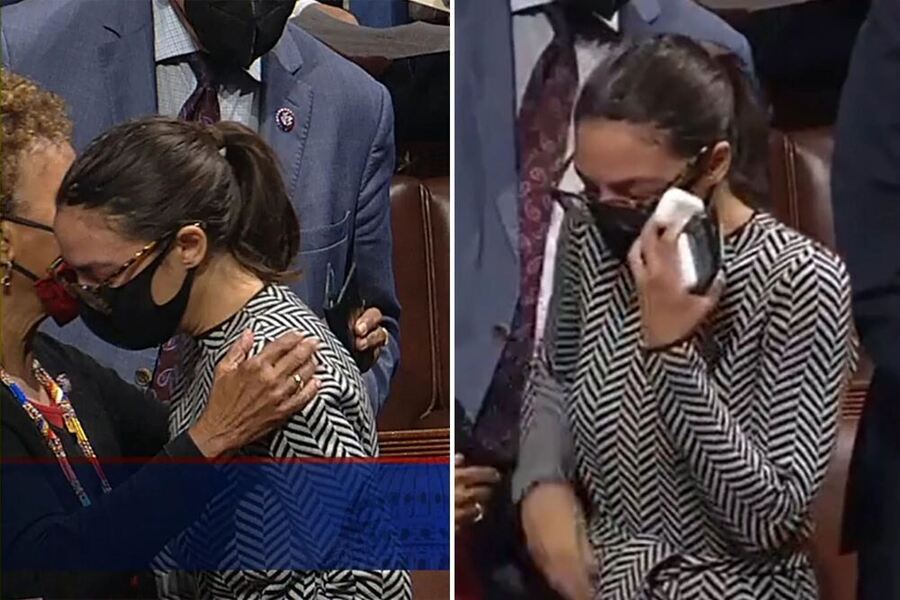 BREAKING NEWS – Washington, D.C. – Rep. Alexandria Ocasio-Cortez, D-N.Y., has diminished the chance of a successful primary run against New York Democratic Sen. Chuck Schumer after she was filmed crying on the House floor following a vote to give another $1 billion to Israel to restore its Iron Dome missile interception system.

The Jewish Telegraphic Agency, an international news agency and wire service which monitors Jewish voting patterns over time, noted the “vast majority of New York City’s Jews — like all New Yorkers — are registered Democrats.” The agency also reported that in metropolitan New York “only 55 percent of Jews say they lean Democratic and 31 percent lean Republican.”

Jessica Tarlov, a Fox News contributor and political analyst who serves as senior director of research and consumer insight for Bustle Digital Group, says Ocasio-Cortez should be wary of “crossing Jewish voters.”

Ocasio-Cortez responded to Tarlov’s analysis. “I’m not afraid of Jews,” she began. “I’m not like Pharaoh. He was a coward, and like a wimp, he yielded to the demands of Moses. And I’m certainly not going to be bullied by God and the way He did the Egyptians back then, because I am assuming the Secret Service has been trained to protect important government officials from plagues.”