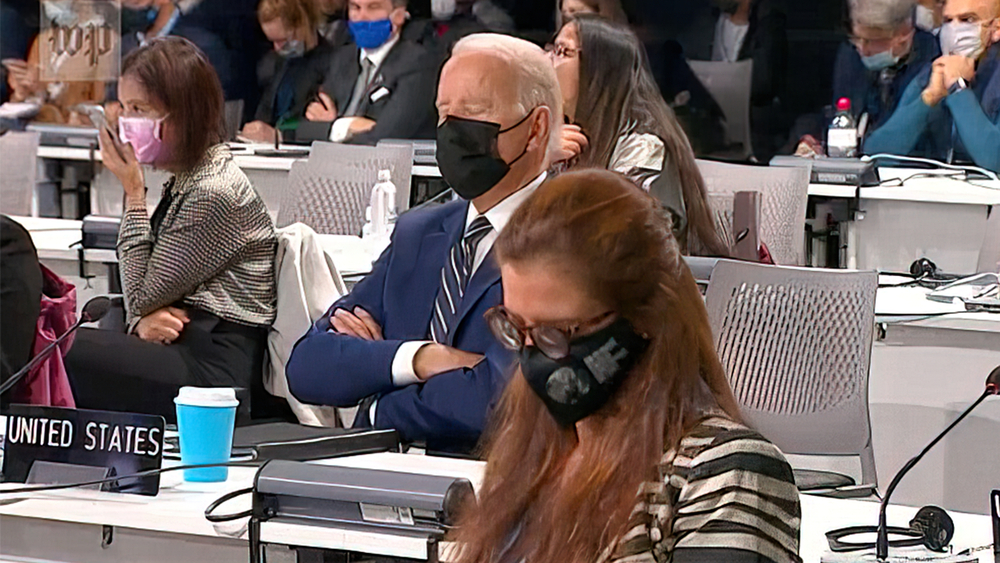 Biden, who warned military service members this summer that top Pentagon officials consider climate change to be the “greatest threat” to America’s national security in the coming years, sat with his arms crossed, looking like he was drifting in and out of sleep.

“He was seen on camera with his eyes closed, it appears that perhaps he was dozing,” Kelly O’Donnell told viewers. “In these settings, cameras are all around. The camera caught President Biden, who turns 79 later this month, with his eyes closed for a period of time. It is also true that the hours are long, the time differences are real and the president has kept a rigorous schedule over several days, having lots of meetings, appearances and speeches.”

Someone later asked her, what would be her position if President Trump was dozing.

“I would wonder what he was dreaming of, and wonder why Congress wouldn’t have hearings to determine exactly what he was visualizing while his eyes were closed,” explained O’Donnell. “And if they couldn’t determine what his ruthless thoughts were while he was dozing off, then they should begin impeachment proceedings.”