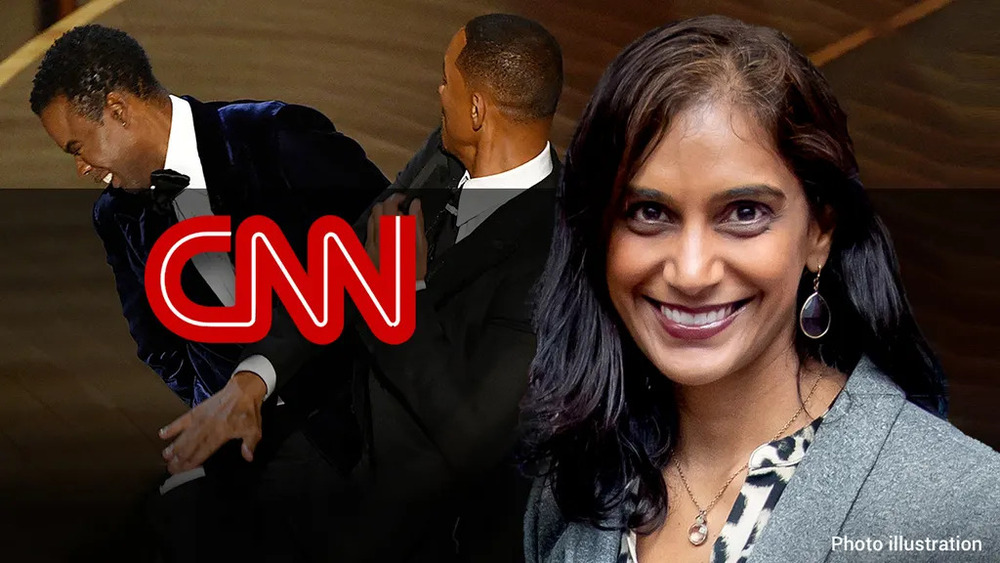 BREAKING NEWS – New York City, New York – A CNN analyst appeared to blame the chaotic scene that occurred after Will Smith slapped Chris Rock during the 94th Annual Academy Awards on none other than longtime CNN nemesis former President Trump.

During the Oscars, Smith charged the stage and smacked Rock in the face after the comedian make a joke about the “King Richard” actor’s wife. The incident stunned the crowd, but the show went on and Smith eventually won the coveted Best Actor award.

“So did like anyone walk out after that happened??? Or are we getting an independent psychological case study on how Trump got normalized?” Asha Rangappa asked on Twitter. “Chris Rock shouldn’t be angry with Will Smith, he should be angry at Donald Trump, because I believe somehow in someway, he created this particular black on black assault.”