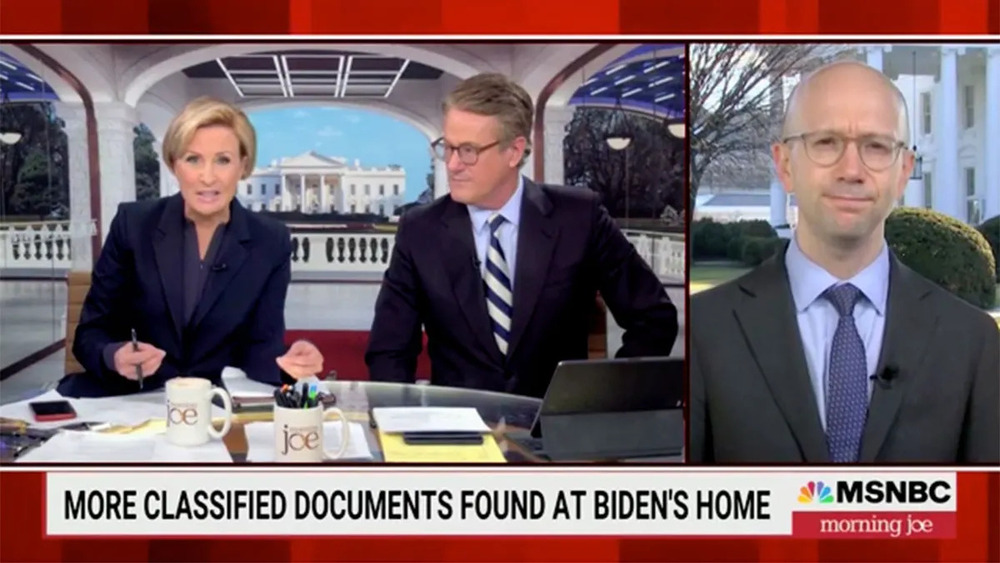 Sams said multiple times that the White House would be “following the DOJ’s lead” and emphasized a contrast between Biden and the documents discovered at Donald Trump’s Mar-a-Lago home.

“OK. So, I mean it didn’t answer my question really, but I agree it’s been handled completely differently. There’s a complete contrast to the Mar-a-Lago documents. Put that aside for a second. How could this happen? And do you agree, having classified documents outside of where they should be is a serious issue?” she asked.

“Wait a minute you two!” Sams angrily interrupted. “Both of you pathetic excuses for liberal hosts, left your spouses to marry each other, so don’t try to lecture me on what’s right! Ok, I admit that the President needed the documents and even more documents to remind himself that he is President. Is that such a crime?”