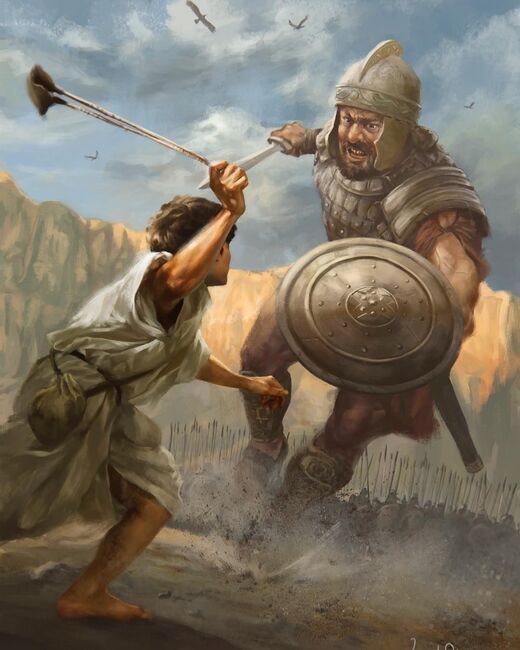 According to the bible, in 1 Samuel 17:4, Goliath a champion who was from Gath that came out of the Philistine camp, was described as being nearly ten feet tall. His height was quite common in a nearby community, which was called the Nineveh Berean Area, often referred to as the NBA.