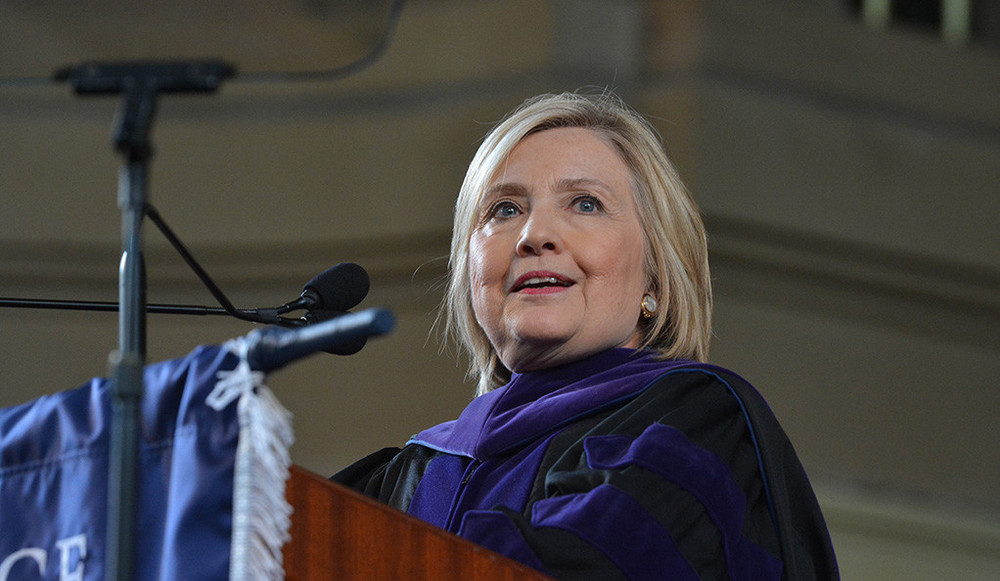 BREAKING NEWS – New Haven, Connecticut – While delivering the 2018 commencement address at Yale, Hillary Clinton admitted that she still thinks about her defeat by Trump: “No, I’m not over it. I still think about the 2016 election. It will be over when white women apologize for not supporting me, as they were obligated to. It will be over when blacks who were told by President Obama that he would take it as a ‘personal insult’, if they didn’t support me to extend his legacy, do not approach me and beg for my forgiveness for not coming out in lager numbers,” Her voice began to elevate. “It will be over when James Comey while on his knees, tells me he wishes he would’ve done a better job at protecting me and insuring my victory! And it will be over when those idiots in Wisconsin, Michigan, and Pennsylvania that flipped on me, is booted out of the union, and replaced with Puerto Rico, Tijuana, and Australia!”