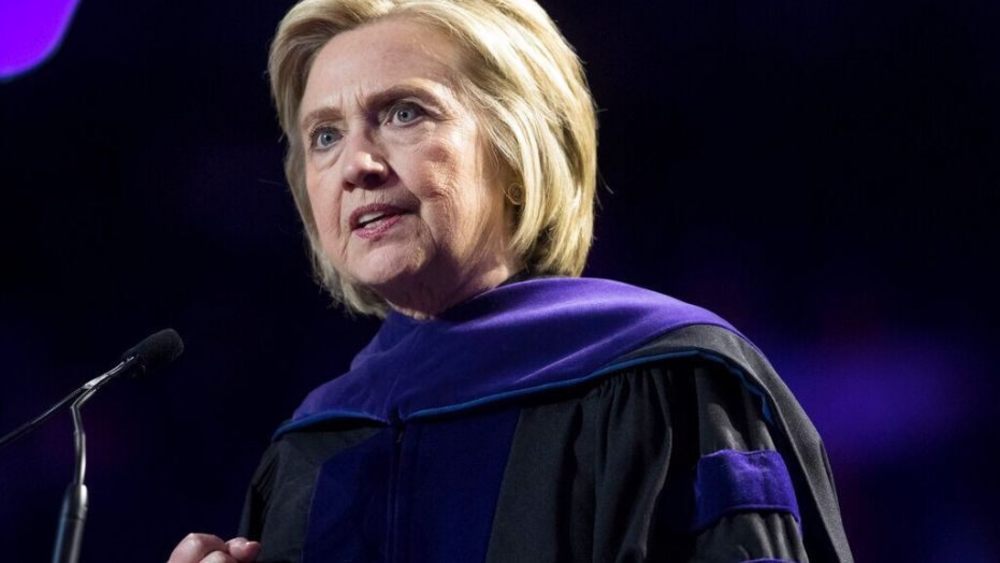 BREAKING NEWS – New York City, New York – Former Secretary of State Hillary Clinton condemned the Trump administration during a commencement address at Hunter College, saying they have not taken “even the most basic steps to protect our voting systems.” She then got more specific with the 2016 election. “What we’ve seen from the administration is the complete refusal to condemn a foreign power who attacked our democracy.” She paused and scanned the audience as her body language displayed anger. “I secured the sail of uranium to Russia for them to make nuclear bombs, plus I have taken millions of dollars from them in donations to the Clinton Foundation. And what did I get in return for accepting those bribes? I got stabbed in the back!” After realizing what she blurted out, she sternly warned everyone in the auditorium that if they repeated what she said, their family members will come up missing.