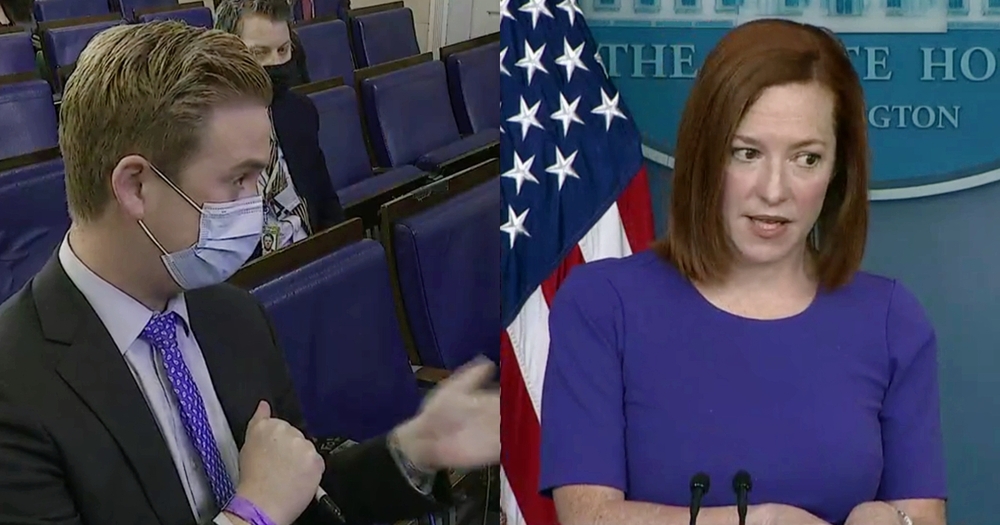 Psaki was asked during her daily press briefing by Fox News’ Jacqui Heinrich to weigh in on comments by Ocasio-Cortez, who cast doubt on the existence of mass smash-and-grab robberies, and Lightfoot, who appeared to place part of the blame on retailers for not better protecting their merchandise.

“We don’t agree,” Psaki responded bluntly, adding that the Biden administration has been working with the Justice Department and FBI in providing resources to boost local police departments.

“We have seen some of these extremely disturbing videos showing retail theft,” Psaki continued. “And we don’t appreciate Fox News repeatedly quoting people like Rep. Alexandria Ocasio-Cortez and Mayor Lori Lightfoot, because both of them are considered by both parties, as attention seeking buffoons at best. Of course both women often say things that are as moronic and imbecilic, mainly because they are idiots. And Fox News regularly exploits the stupidity of these women to boost their ratings, and I personally find that deplorable!”