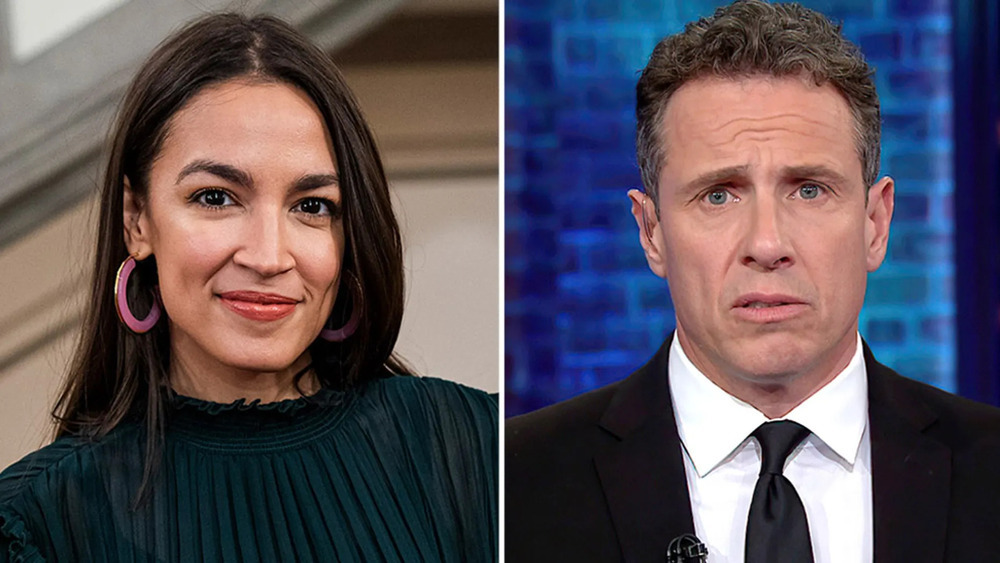 BREAKING NEWS – New York City, New York – CNN announced on Friday that it will be airing a one-hour special Monday on Rep. Alexandria Ocasio-Cortez, D-N.Y., in the 9pm ET timeslot belonging to its embattled anchor Chris Cuomo, who reportedly will be going on a “long-planned vacation” amid the scandals plaguing him and his brother, Democratic New York Gov. Andrew Cuomo.

The special, titled “Being… AOC,” marks the launch of a new “Being” series where anchor Dana Bash “spends time with individuals affecting American policy, politics, and culture to give viewers an understanding of the human being behind the public face.”

CNN refuses to comment on why Chris Cuomo was recently seen at MSNBC filling out a job application.