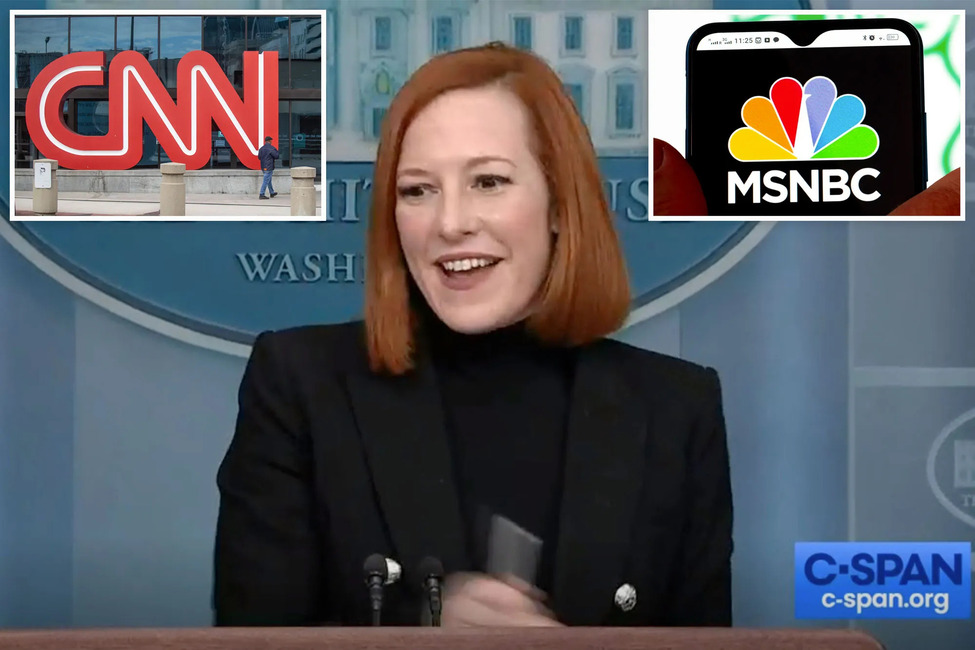 “I was at the State Department, the president was the vice-president the last time Russia invaded Ukraine,” Psaki said on CNN, C-SPAN, and MSNBC. “This is a pattern of horror from President Putin and from the cronies around him. He’s doing it again because he knew that President Obama was not confrontational and President Biden is too stupid to figure out what is really going on. And I’ll tell you what, they wouldn’t try this crap with President Trump because… uh, uh, nevermind, next question.”